On this year’s Global Game Jam I teamed up with Stefan Svellingen to create an augmented reality game we titled Deprivision. It is a game where you don’t see the game world, but have to use audio only to navigate the level to avoid pit falls and monsters. The player uses a wireless headset with a PlayStation Move controller duct taped onto it. The move controller tracks the player’s position and rotation, and via the PS3 move.me application this is sent to Unity for us to use. 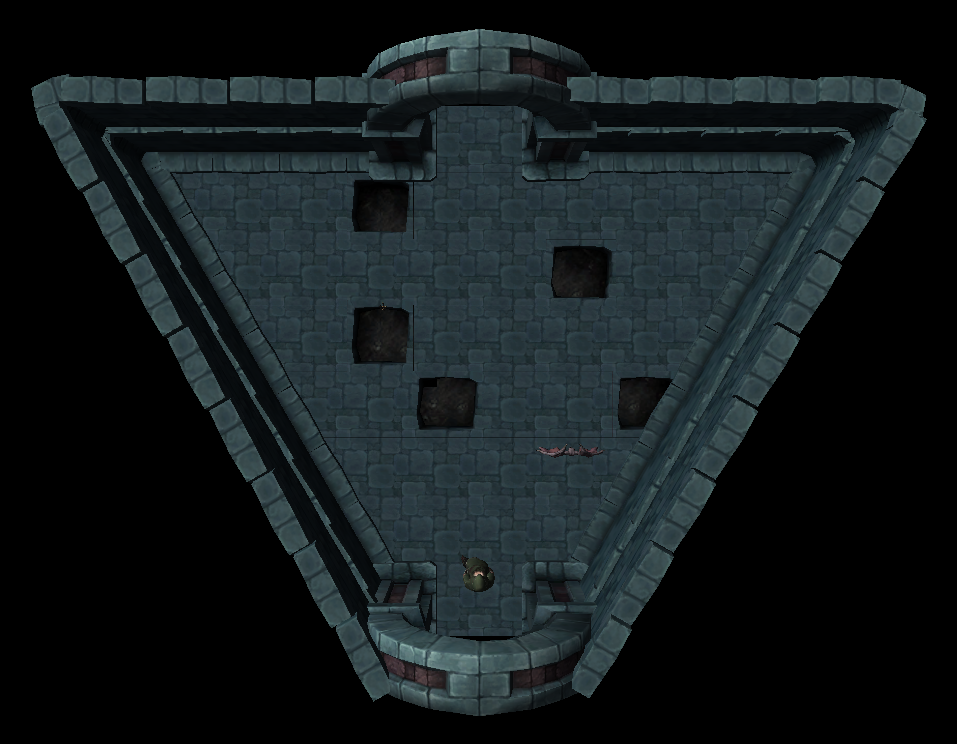 This is how the level looks like for the audience watching it being played, while the player don’t get to see this at all, while playing.

When coming close to a pit, the heart rate increases and the monster is making monsterish sounds such as flapping its wings and growling. When turning the head the player can get a sense of direction to where things are in the room, and the sound volume + heart rate indicates proximity.

The shape of the level is the same as the field of view of the PSEye camera and the player is supposed to get to the other side of the level without dying.

The concept works and is quite fun to play, but we would have to optimise and tweak it some more for it to play better. The concept was thought up on the saturday with only 24 hours to go and all the Move gear was bought that same evening. It took six hours to get the move.me app purchased and downloaded since we are located in Norway and I guess we are not supposed to have it? Is my 100$ not good enough for you Sony? The game itself got implemented on the last day, during the 6 last hours of the game jam.

All the visual assets are from the Unity Asset Store, so props and thumbs up goes to the amazing people of the Unity community.

This is my January #1GAM entry.