How to make games fun?

How to make games fun?

I have a question to ask: Can a game with mediocre gameplay be saved by a grand story or cool graphics? In my book it is a big fat resounding NO. Can a game with no story or simple visuals still be fun? Most definitely yes, look at Tetris.

I can almost hear someone coming in shouting “But Tetris has a story!”. If you want to make a philosophical point and argue that the blocks are representing something more than just falling game mechanics, then sure, you can make the case that Tetris has a story to tell. What about to the wooden tilt-maze game, is there a story being told when you tilt the board to avoid the holes? Is the metal ball a character in a story about not falling into the pits of eternal doom and gloom? If so, then it is the player’s imagination that is creating and telling the story, not the game itself. “But the story is the catalyst for this imagination”, could be true, but even so, it is not the story the game creator was thinking of telling, they created a pure game mechanic in which people can add their own imagination.

David Lancaster has grabbed up Unity and posted 2 videos on YouTube of his process of how to make a fun game. A highly pragmatic approach to game design and development.

Not just talking the talk, but also walking the walk: 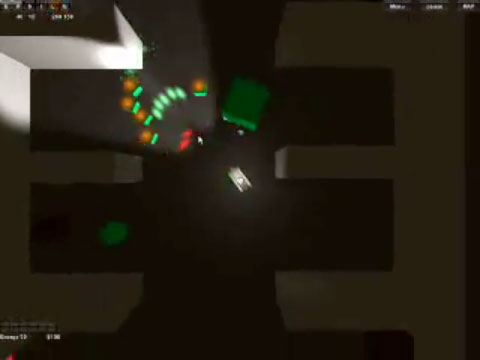 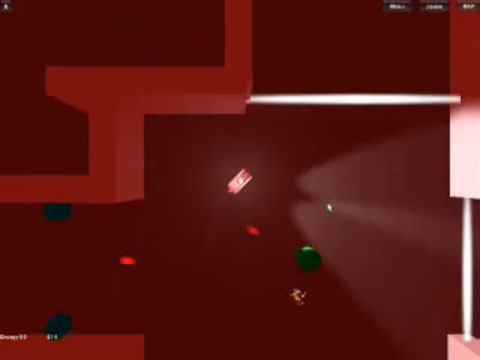 I am not against stories being told in the games medium, nor that the visuals should not be impressive, but I believe there is too much focus on making games behave like movies. If storytelling in games are done as if they are movies, we easily end up with horrible or almost non-existing gameplay as in Space Ace and Dragons Lair. Those games were first of their kind and I loved them due to their highly visual and different approach to graphics and vivid characters in games, but I will be the first to admit I was wrong when I back in the 90-ies, hardheaded meant they were the best games available of the time. The gameplay can be compared to having 8 play buttons where you guess what random button to press. If you press the wrong play button for this scene/sequence you cant see the rest of the movie. SMACK!!! Back to start.

We still see games being treated as movies by the frequent use of cut scenes, although real time instead of pre-rendered, and button mashing to get through cinematic kill scenes (such as in God of War and its derivatives). Couldn’t these stories be integrated more directly into a more interesting gameplay? Button mashing and joystick joggling is for Summer Games on C64 and people not know how to play Tekken and Street Fighter (<- me).

Hear ye, hear ye! Gameplay is king and story has proclaimed its support as a loyal subject!

So how to do it then? Take inspiration from the 1991 game, Another World. In that game the story and gameplay is inseparable, no long winded dialog or written stories in sight, and the cinematic cut scenes are short (apart from the intro) and integrated into the gameplay. You are performing the actions that define the story through the game mechanics provided by the game developer, which in this case is also the game designer and the game graphics artist, Eric Chahi. 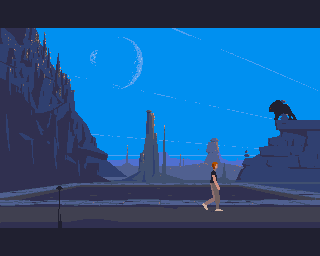 As a final rant I just want to say: A written story outline is not a game design document and a story can not in itself make a game great.

Now that the rant is off I just want to say: Make your games the way you want to and play the games you want to play. I think I have given a clear point on where I stand 🙂

Update: Its not just me who think games should not be treated as movies or books:
The Register – GDC09: Jeffrey Kaplan